Jamie Cullum has won two majors in a row. After winning the French Open, the British doubled his major gold medals finishing first in Italy last weekend. He told us the secret of the formula needed to perform on high level consistently.

You said after winning the French Open, you like the “hunter” position, when you are not in the pole position during the game. Was it different in Italy?
I do prefer to be the hunter, although this time I was always in a share for the lead from the start. In the final round I started really well making birdies on the first three holes which put me two shots ahead. Then Michal Dian eagled hole 4 and I made par so we were back level. I then left five or six putts short where Dian pushed on and made birdies. I was two shots behind with five holes to play and thought I would need to birdie all five holes to win. I made a good birdie on hole 14 and Dian missed a short putt for birdie which gave me some momentum. Hole 16 and 17 were the turning points where I made two birdies to give me a one shot lead. It was at this point I knew the win was there for the taking. 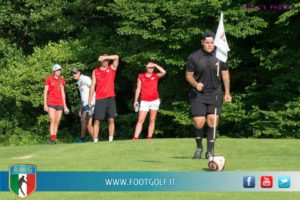 How can someone win two majors within such a short period?
There is not too much difference between the French and the Italian Open. For me they are the two biggest and hardest events to win each year. There is no secret to win both of them. You just need to have confidence in your ability and capitalise on some good form. Mix that with a little bit of luck and you have the formula to win any event no matter how big or small.

You finished second last year in Italy, can we say, is it your favourite country?
The Italian Open has been a great event for me. I was gutted finishing second last year as I was so close to win. I set myself a target of winning a major this year so to win the French and Italian Opens are massive achievements and I couldn’t pick one over the other.

A real Classic in the Alps

No Replies to "Confidence, form and luck"